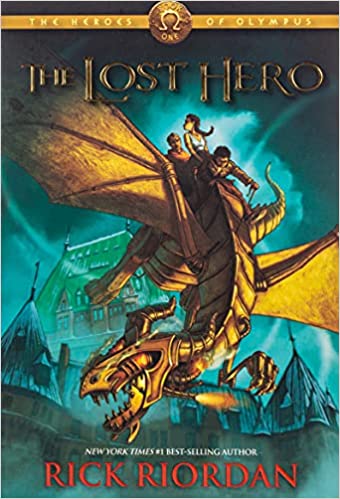 Want to track your progress on this series?

The Heroes of Olympus is a best selling Rick RIodran series for middle grade readers about the conflicts between Roman and Greek demigods and Mother Earth. This series explores a prophecy introduced in the Percy Jackson book series with Percy and new friends from Camp Half-Blood in new daring adventures. This popular sequel series has its own sequel series, The Trials of Apollo. Fans of Percy will enjoy familiar characters in the Percy Jackson universe.